He had received a permanent ban from the streaming platform for breaking their terms and conditions.

Why banned all of a sudden?

What exactly led to his suspension?

It has been over 8 months, and finally, we got to the real truth.

The truth behind why he got permanently banned from Twitch.

Do you want to know the real reason?

Reportedly, he used his loyal viewers to harass her using the phrase “L + Ratio” in her chat.

He didn’t stop there; he also encouraged his followers to harass others anonymously by indulging other users in her chat section.

JiDion was reported for his behavior, handed over a 14-day suspension, and was later permanently banned from the platform.

Although, JiDion admitted the mistake he made.

So, he requested his fans to use the following #TwitchFreeJiDion on Twitter and convince Twitch to overturn their decision.

Also, he denied having any personal grudge against the Pokimane or any other streamer on the platform.

Is Twitch a Sexist and Racist Platform?

After several months of getting a permanent ban, he uploaded a video on YouTube addressing his permanent ban.

The video revealed how he received a harsh sentence because of his gender and race.

While no explicit content was uncovered during the live stream, it was clear that adult activity happened in real-time.

However, JiDion was enraged to learn that her ban lasted only a week, and he was penalized with a permanent ban.

Once he made this statement, his followers started pointing out that women, in particular, are more likely to get away with inappropriate behavior on the streaming platform than men.

After receiving a positive response from his fans, he posted another video where he threatened Twitch and gave them an ultimatum to remove his ban or permanently ban the Twitch user kimmikka_.

You can watch it below –

Previous Cases Where Twitch Was Proven to be Sexist and Racist

Similar to the last case, another female streamer threatened to shoot up twitch HQ and was banned for a short time after she eventually apologized and got unbanned.

Another girl was banned for 3 days after she exposed her female genitalia.

A black streamer who referred to his audience as “monkeys” in a non-racist context was given a 30-day suspension. That’s more than what a girl received for threatening to shoot up the twitch HQ.

When another user used fan art of him ranting as his profile picture, he was banned momentarily and had to make a fuss on Twitter to reinstate his account.

These previous instances prove that Twitch has been biased toward female streamers and taking lighter action against them.

Before JiDion raised his voice, Corey Kenshin had previously uploaded a video to YouTube that was removed because he explained the Sexist and Racism on the platform.

On the one hand, these streamers got permanently banned from Twitch; there’re still some streamers who can survive after literally having live sex on a Twitch live stream.

That’s unfair to streamers like JiDion, who received a permanent ban despite admitting their mistake.

What do you think of this Sexist and Racism charge on Twitch?

Besides, if you support, JiDion, don’t forget to raise your voice using the hashtag – #TwitchFreeJiDion. 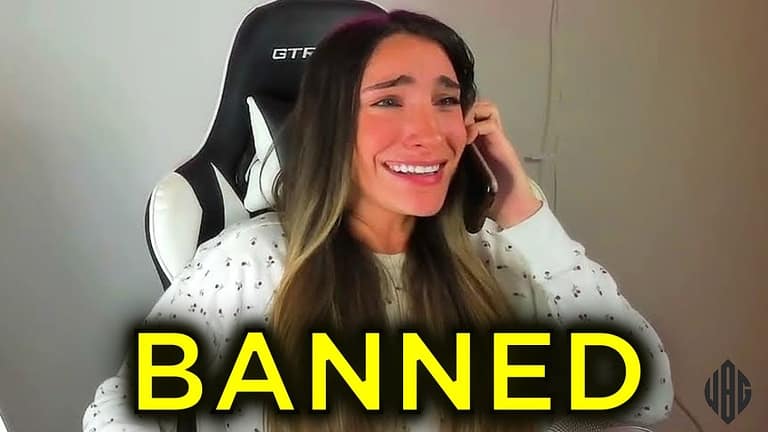 Fans of Activision-battle Blizzard’s royale game Call of Duty: Warzone may already be familiar with Nadia Amine, one of…

Over the past four months, Netflix has been cracking down on account sharing by instituting a new “additional user”…